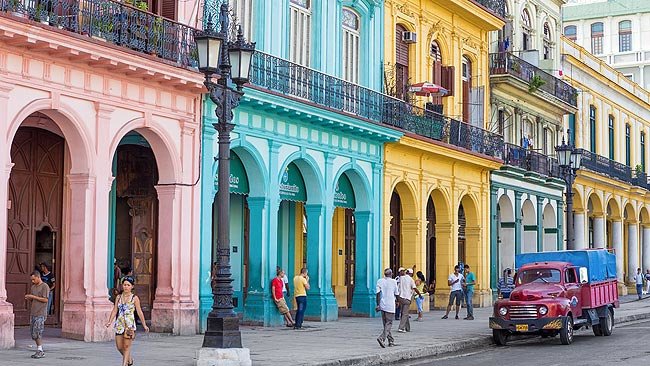 In BandBCuba.com as specialists in Bed and Breakfast in Cuba, we will like to recommend you 5 cities you must visit in Cuba. When you visit this Caribbean island you probably do it thinking about the paradisiacal beaches, but there is more than that is this country. Keep reading and keep this in mind when you start planning your trip.

A destiny you must go

Cuba is a destination that you don´t want to miss. For years this country was like a mystery to people all over the world, the embargo and the restrictions were the reason for this. But now, after decades, Cuba has a second wave of fame as a tourist attraction.

In Cuba you will enjoy some of the greatest beaches in the Caribbean, but can also visit museums, see historical building, churches and visit de countryside with caves, mountains, tobacco farms, and so much more.

You will be able to explore a different culture. The Cuban culture is vibrant, rich in history. Its people are so friendly that you won´t have any problem in connecting with the locals. In Cuba you don’t want to miss the local food and drinks. Everything in Cuba is unique, do not miss the opportunity to live a one in a life time experience.

5 cities you must visit in Cuba

Keep in mind this list of cities in Cuba when your star planning your next trip. It´s advisable to plan ahead and book your accommodation in Casas Particulares in Havana or any other city. In towns like Trinidad it´s a must to stay in this casas, there are colonial style, a great way to see how they look from inside.

The Cuban capital Havana is the first city in our list. The reasons should be obvious, but in the next lines we will explain you why Havana is a must in your trip.

Havana as any other capital has one characteristic: the hustle and bustle. You will hear noise, voices and music everywhere. It is the biggest city and capital in the Caribbean. There you will appreciate the view of buildings and structure dated from the colonial era, some well-maintained but some that doesn´t look so good.

The bike taxis, the cars from the 50s, music in every corner, and clothes hanging in the windows or balconies, an improvise baseball game… those are some classic things you will see in Havana. Probably you have seen that in pictures or movies, and wonder if Havana it´s really like that… well, yes! Havana it´s like that and better.

You will see people living their life out in the streets, they are open, friendly and happy.

Remember that Havana is not just Havana Centro or Old Havana, off course here are the main streets. But we advise you to walk a few blocks away from the city centre and get to the residential areas, were you can get in touch with the locals and see a different angle of this capital.

Hop on a classic vintage car from the 50s. This cars are from before the Cuban revolution, they are well care and painted with flamboyant colors. It´s an experience you do not want to miss in Cuba, the majority of this cars are taxis so you will be able to choose the one you like more and go around.

While in Havana you should go to the Malecón. This is a coastline along the city. You will find people there 24/7, during the day is more quite, but in the night is the place for reunions, it´s ideal to see the sunset in the afternoon.

This town has a famous place in the history of the Cuban Revolution, it´s known as the “city of the historic guerrilla”, there happened one of the most historical events of this time. In 1958 happened the last battle of the Revolution. The leader was "Che" Guevara. They won this battle, and it was the end the Batista´s regime.

That is why Santa Clara is the place to see history about “El Che”, to see where history happened. There are statues, monuments, museums and more dedicated to this Argentinian leader. There is the Che Guevara Mausoleum.

There you can also climb to Loma del Capiro an see the city from another angle. Also keep in mind that this was a crutial point in the battle we just mention.

In Santa Clara you can also go to the beach and appreciate the night life and music. In the Parque Vida, at the city center, as an open theatre you will see performers almost every day.

This is another city you must visit in Cuba, it is a well-preserved colonial town, it´s the capital of the Sancti Spiritus Province. 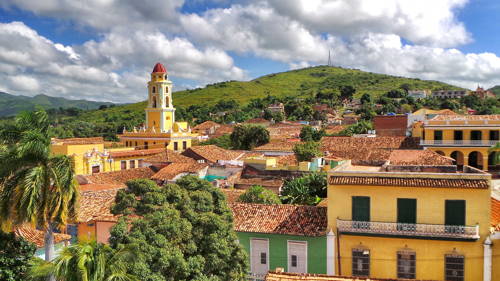 Because of the embargo and the political and social situation among the last 60 years you will see Cuba as a place from other era, some say it´s like traveling back in time. In Trinidad, as a colonial town you will see Spanish houses painted in pallid colors, roofs in terracotta. Buildings that are from the 18th and 19th century. An historical center that invites you to walk through the cobblestone streets and appreciate the architecture.

In Trinidad the main attractions are the squares, the colonial structures and great palaces. It was declared a Word Heritage Site by Unesco.

Places you should go in Trinidad:

In every town we just mention you should eat local food, the best places to do that are the casa particular in which you are staying and a local paladar. Paladares are small restaurants, owned and run by the families.

This is one of the largest cities in Cuba, its unique culture is a mix of other cultures like de Spanish, African, Jamaican and Haitian. There you will see why it is known as the Cuban cultural capital.

Santiago de Cuba has a soundtrack on his streets, you will heard sound and music everywhere. But if you want to see a formal spectacle go to Casa de la Trova during the afternoon and night, it has a dancefloor and some sits. Casa de las Tradiciones is another good place to get in touch with the rhythms.

This city has some famous festivals, you can plan your trip according to this. For example, in July take place the Carnival of Santiago de Cuba, is the largest carnival in the island, it is so important that has been named Cultural heritage of Cuba. In Santiago also takes place the Festival of the Caribbean, since 1981, is happens also on July.

This city was the first capital of Cuba. So if you are interested in this Caribbean island history is a place you don’t want to miss. It´s a place unique and beautiful. It was isolated until 1964 (for 450 years), that´s why you can see that has a different character from the rest of the country.

There is only one road to get there, La Farola, it goes from Guantanamo to Baracoa. In this town you can walk around the streets, actually you can go everywhere walking, because is a small town. You will appreciate the local life, and everything that happen in the streets.

This town is bordered by mountains and a tropical rainforest on one side, on the other is the Atlantic Ocean, this is why Baracoa was so isolated. The weather is not as hot as the rest of the island, it´s perfect.

If you wonder what to do in Baracoa? The main attractions are the mountains, the tallest is El Yunque, with 575 meters high, can be seen from any point of the city. There are 5 important rivers that you should see, they are an important attraction in the town. If you like ecotourism this place is for you, don’t miss the Alejandro Humboldt National Park with the highest waterfall in the Caribean: Salto Fino.

These are just 5 cities you must visit in Cuba, there are so many other towns in Cuba that offer a great experience for tourists. It´s important to search ahead and decide where you want to go in the island. It mostly depends on your budget, the amount of time you are staying and your likes and dislikes. If you need some advice on your trip or want to book an accommodation in any of these places just contact us. 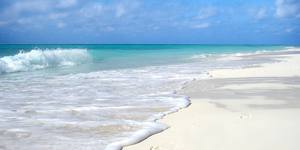