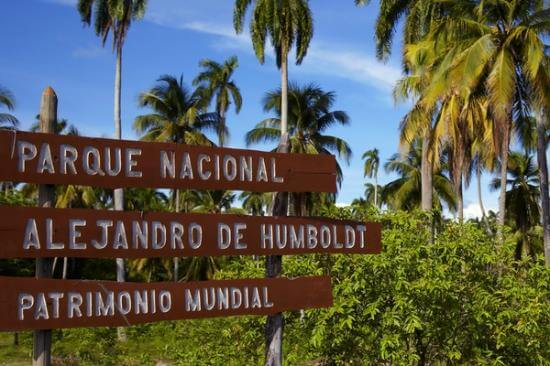 Do you want to spend a day at the Alejandro de Humboldt National Park? Find all the information you need about this incredible destination at Bed and Breakfast in Cuba, www.bandbcuba.com.

General information about the park

The Alejandro de Humboldt National Park is located in the most humid and rainy part of Cuba. This characteristic has contributed to the high biological diversity at the park. 2% of the world's flora is found in the park and this is known as one of the most important places for the conservation of endemic flora.

According to Unesco, there are 1,300 seed plants and 145 species of ferns. More than 900 of those species are endemic to Cuba. There are also a high number of endemic vertebrates and invertebrates in this area.

Unesco inscribed the park as World Heritage Site in 2001. The size and the biological diversity of this well-preserved ecosystem make it one of the most important in the western hemisphere.

The varying topography at the Alejandro de Humboldt National Park is also impressive. It ranges from sea level to 1,168 meters. The highest point is at El Toldo Peak.

Inside the park, there is a variety of ecoregions. We can find a diversity of forest in this area. It includes tropical and subtropical moist broadleaf forest, coniferous forests, xeric shrublands.

If you are visiting the Alejandro de Humboldt National Park, another particularity you’ll see are the rivers. Some of the biggest rivers in Cuba are present at the park. In a day of hiking, you will have to do some crossing rivers.

A little history of the park

This park at the provinces of Holguin and Guantanamo is the central core of Cuchillas del Toa Biosphere Reserve. Both areas are Unesco World Natural Heritage Site. The intervention of man in the area has been poor, and this has preserved the environment.

The government named it a national park in 1996, but it was already a protected area. That year, what they did was reunite at the park the Jaguani and Cupeyal del Norte nature reserves with the Ojito del Agua Refuge. And they gave him the name of the German scientist to what is one of the most beautiful parks in Cuba.

Scientist, naturalist, geographer, explorer... and more. Alejandro de Humboldt visited Spanish America between 1799 and 1804. His studies had a great impact on modern science. During his trip through Latin America, the German visited Cuba a couple of times.

The first time he arrived at the Caribbean island was in December of 1800 and he stayed there until March of the next year. His second visit was in 1804, in this opportunity he only stayed for a few months.

From his visits to the island, he wrote his book Ensayo político Sobre la Isla de Cuba (Political essay on the Island of Cuba). In this essay, he describes in detail the economic and geopolitical life of the island. 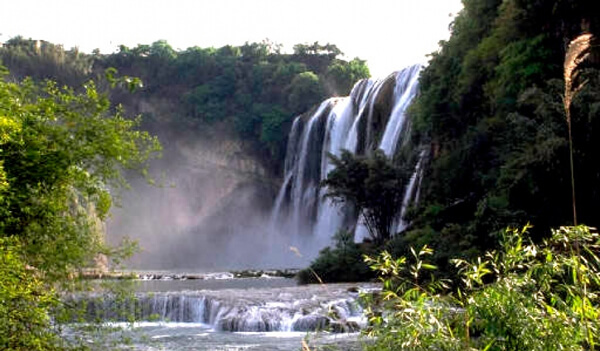 A day at the Alejandro de Humboldt National Park

If you are a nature lover you should include in your itinerary to the island a visit to the Alejandro de Humboldt National Park. In this space, you will reconnect with nature and enjoy the breathtaking beauty that Cuban diversity gives us.

In one day visitors can choose between one of the three excursions available at the park. You can go on a boat, as we already said there are a lot of river paths and you will navigate through them.

Or, if you prefer, you can walk. At the park, there are two hiking routes. A short one with a walk of 3,5 km (2,17 miles). During which you will see pines and a great variety of Caribbean plants. The end of the walk marks a natural pool in which tourists can bathe and refresh for a while.

Another route is 7 kilometers long (4,3 miles) and there is also the opportunity to enjoy the diversity of the park. Expect to cross several rivers pass from the beginning of the hike.

Think well which one of the two hiking routes you are going to take. The short one is easier and anyone can do it without trouble. The second one is more demanding, but if you are in a good physical condition you can do it and enjoy more of this protected area.

The longest route is also known as Balcon de Iberia hike, what makes it hard is the heat and humidity that can be 80 % in summer. But during the hike, you will stop to take a breath while the guide explains plants and animals around.

The guides would answer your questions about the park. And they also have time to look for interesting species like the smallest frog in the Northern Hemisphere. Or some fruits and flowers that you only see at Cuba, or even at the park. 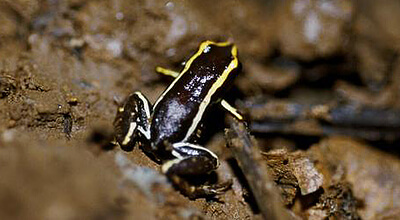 How to arrive to the park

The best way to come into the park is staying in a casa particular in Baracoa. Be aware that the access to this part of Cuba is very limited. It would take long hours driving from Havana and there is only one access road to Baracoa.

If you don’t want to rent a car, you could go on a bus or take a flight. But the flights to this town are not daily. You’ll have to find out the itineraries and make a reservation.

It can be a bumpy ride from Baracoa to the park. The trip lasts about an hour and a half. But once you are there, you will forget about it by seeing the beauties of Alejandro de Humboldt National Park.

It’s important to hire a guide to visit the park. Never go by yourself, even if you are in groups because you could get lost inside. There is a fee to pay at the entrance, about 10 CUC per person.

Don’t forget about the locals

You will think that is unusual to find vendors inside a natural park like this one. But, actually, there are a few waiting for the tourists. They would have coconut and pineapple juice, to name some. Bring some money with you, because you will want to hydrate during the walk.

People in Baracoa and other places around the park depend on tourism. Think about this when you see one of these refreshment stands inside the park.

The locals can also offer chocolate and some sweets made with coconut. Buy some to help them and try some delicious fruits from the zone.

Some pieces of advice before going to the park

Are you planning a trip to Cuba and want to know this amazing park? Contact us to find the best accommodation for you. With all this information you will enjoy a day at the Alejandro de Humboldt National Park. Have you ever go to this park? Tell us about your experience.

Matanzas: Treasures of the second largest province in Cuba
Get to know the Baconao Park, a place full of history and nature 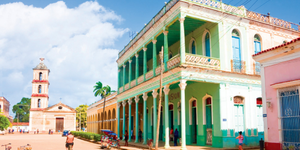 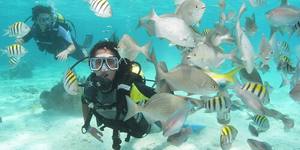 Guide to the best spots to scuba diving in Cuba