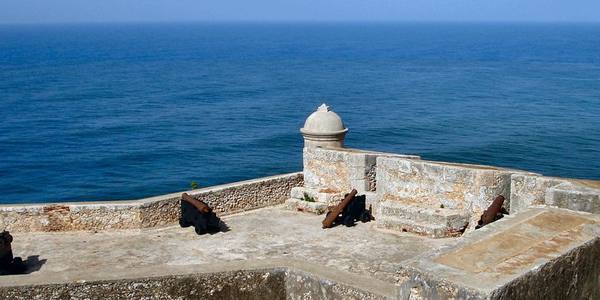 From bed and breakfast in cuba we will talk about everything that you need to know about Santiago de Cuba. It is one of the most special cities on the island. It is even considered as the "Capital of the Caribbean".

Santiago is a tourist town

Santiago is a tourist attraction in Cuba. It is a city that has hills, and beautiful beaches. You can also discover its rich cultural heritage, thanks to a large number of museums. Which show all the historical facts that have occurred in the second most important city on the island.

The city is in a strategic area. It is the bay of Santiago de Cuba, for which at one time was the capital of the country. It was founded in 1515 by the Spanish conqueror Diego de Velázquez. Still keeps in many places memories of historical events, both independence and revolution.

Throughout Santiago you can see historical buildings. Which have architecture that will remind us of ancient times. Likewise in the middle of all the landscapes you will be able to notice a mixture of cultures . Which has its roots on several parts of the world.

This region is also well-known for hosting many events and congresses every year. Thanks to its infrastructure, as well as the conditions it provides.

Another point to emphasize is that its people are religious, cheerful and kind. Throughout the world, the relationship between its people and tourists is well known, and they are open to show all the beauties of Santiago. Also, the colorful city has its carnival, which takes place in August, full of floats, crowds and color.

Everything that you need to know about Santiago de Cuba: Sightseeing

In Santiago you will seesome amazing historical places. But that is not everything. One of the reasons to visit Santiago de Cuba is to enjoy the spectacular landscapes . Between the beaches open to the Caribbean Sea and the Sierra Maestra . Here you have many opportunities to develop ecotourism, such as excursions or hiking, which you will enjoy.

You can not forget the La Gran Piedra Park , where you will see an unique feature of the nature of Santiago de Cuba. It is about 16 kilometres from the city, in the Sierra. Here you will find the great volcanic rock, 51 meters long, 25 high and 30 wide.

The stone has an estimated weight of 70 thousand tons and is in the Guinness book of records. Because is the rock of its size, located highest in the world. at 1234 m above the sea level. A gem that you can not miss. But, it’s not only about the stone, at the top you will have a great view. And also you will see a lot of wild orchids and large trees.

Santiago is also known as the only Hero City of the Republic of Cuba. This is due to the contribution of its citizens to the libertarian deeds of the island. Within the historical sites that you can not miss when visiting this city are:

Several of these museums and houses are located in the perimeter of Cespedes Park. Another place to visit. Others great places to visit are Historico of San Juan or the Abel Santamaría. They are perfect places to relax, enjoy nature and get to know more about the culture and monuments.

Santiago de Cuba is a paradise. Apart from the mountain, you can not miss all the beaches open to the Caribbean Sea, which are all along the coast. To enjoy the sun, the white sand, forget the stress and relax, you must see the Cazonal and Baconao Beach.

Likewise, if you like aquatic activities . You have the option of diving at the Carisol-Los Corales International Diving Center, where you can enjoy crystal clear waters.

Santiago is cultural and religious town. You can feel this in every street and in its people. There are several churches to visit, which are part of the architectural heritage of this area in Cuba.

Within the most important churches in Santiago you have the Cathedral of Asunción. Built from 1522, although its current structure is from 1922. Also the church of Our Lady of Sorrows and the church of San Francisco must be part Of this religious journey through Santiago.

One of the most popular destinies you have the Copper Sanctuary. Where devotees pay promises to the Patroness of Cuba, The Virgin of Charity of the Copper. Built in 1927, located about 20 km from the city. They showcase several offerings made to the virgin, as the gold medal won by the Nobel Prize and writer Ernest Hemingway.

People even take stones from the mine, as a protection against evil. In the region it is affirmed that you will be able to find a light in your future.

Another iconic place is the Cemetery of Santa Ifigenia, where are the tombs of the fallen in the Independence War, those killed in the assault on the Mounted Barracks or important figures such as José Martí.

Have an unparalleled experience in Santiago

As you can see. Santiago is a place that stands out for its tradition and history. In its people you will find a mixture of ethnic groups, between the Spanish, African and the inheritance of the French who settled in around the XVIII century.

This city is definitely one of the options for traveling to Cuba . There are spectacular landscapes, many historical sites and cultural offerings such as museums, the Heredia Theater or the Concert Hall. The best thing is to enjoy the streets without worries, among which stand out the one of Padre Pico or the Trocha street, where the carnivals take place.

It is to appreciate the kindness of its population that will make us feel at home. While you enjoy colonial architecture, besides its beaches and its mountains. All in one place.

You should also enjoy the night of Santiago de Cuba in Heredia street or Casa de la Trova, where you could dance until late. This city has enough hotel capacity. You have many options to stay there or in the surroundings. Also they have the airport in which there are direct international flights.

This everything that you need to know about Santiago de Cuba, a city surrounded by the Sierra Maestra and with windows open to the Caribbean Sea . In which you can enjoy unparalleled moments. Do you know Santiago de Cuba? Do you want to enjoy all this scenery? Contact Us to share this experience.