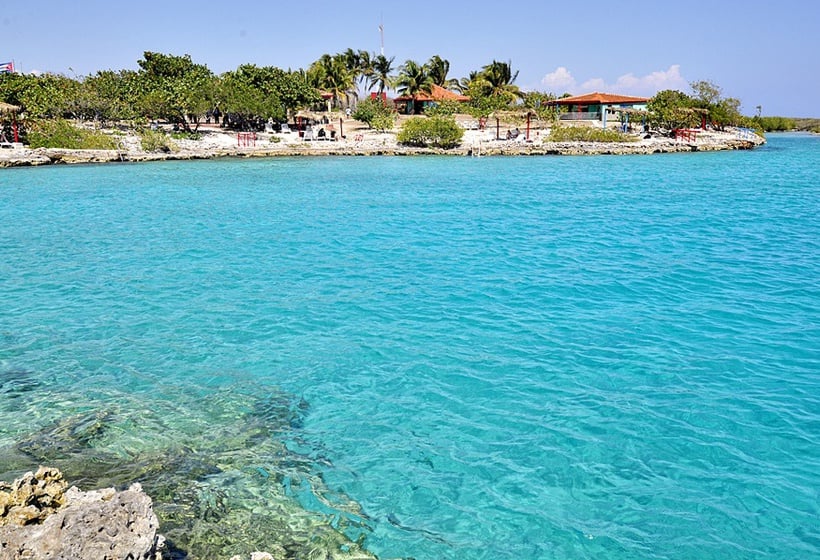 When talking about Cuba it's about beautiful beaches, but also about history and the socialism. In Bed and Breakfast in Cuba www.bandbcuba.com today we will like to talk about Playa Giron, a historical and tourist location in Cuba. This is a small beach in the eastern margin of Bahia de Cochinos (Bay of Pigs), in the south center of the island.

This beach is located in one of the biggest wetlands in the world, which is the Cienaga de Zapata. But, besides the beauty of this place, it´s worldwide known because it was one of the landing points in the Bay of Pigs invasion in April 1961.

This invasion was planned by 1500 Cuban expatriates with the help of de United States Government. But it was defeated by the men of Fidel Castro, and the people from the town. The ‘battle’ took 72 hours, and there were many fights in different places of the Cienaga de Zapata. But Playa Giron was the scenery of the last one.

Today you do not want to miss the opportunity to visit the museum there and get to know by first-hand the details of this battle. This is an iconic place if you like history, and it was the place where the Cold War, almost stop being cold.

But, going back to the beauty of this place. Playa Giron is a sandy arc, a peaceful place to get in touch with the Caribbean Sea. Also, the village is very old fashion, and small, so everybody knows each other.

The beach is named after a French pirate, who was killed there by decapitation in the 1600s, by the locals.

Playa Giron has clear typical Caribbean waters, a beauty that can take your breath away. There are many good places to stay there, like Casas Particulares in Giron. And you should know this is one of the best places on the island to practice scuba diving and snorkeling.

The songs about Playa Giron

The famous Cuban singer Silvio Rodriguez wrote a song named Playa Giron. This one he dedicated to the fishers of a boat with that name that worked between 1969 and 1970. But the song also refers to the battle in Bay of Pigs, won by the Cubans.

Rodriguez wrote another song about the Bay of Pigs invasion, called Preludio Giron.

Also the songwriter Sara Gonzalez wrote in 1973 a song named Giron, la Victoria. The lyrics glorify the battle of Bay of Pigs.

Playa Giron: A historical and tourist location in Cuba

When talking about Playa Giron it is almost impossible to separate the history of the town of the tourist attraction. 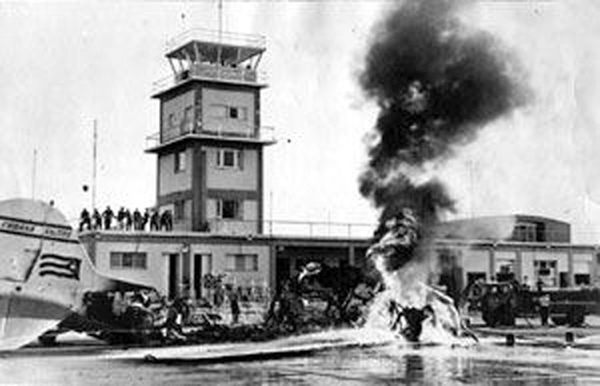 The Bay of Pigs invasion was also known as Playa Giron invasion or the Battle of Giron was a military operation in which troops of Cuban´s expatriates with the support of the government of the United States, started a Cuban invasion in April of 1961.

They try to start a new government there and seek the support of the OAS (Organization of American States). And the recognition of the international community. But the plan did not work out, the action failed in less than 3 days.

It was completely defeated by the militia and the Revolutionary Armed Forces (FAR). More than one hundred invaders died. And the Cubans captured about 12 hundreds men, also war material.

To put this in the context we must remember that the Cuban revolution succeeded on January 1st of 1959. From that day the issues with the United States started, they stopped buying sugar from Cuba, then stopped selling oil. But Cuba did not give up, and they found a new allied, the URSS. This scenery happened in the middle of the Cold War.

The United States Government also declared the embargo. And the US president Dwight Eisenhower started to show support to the anti-revolution organizations, inside and outside the island. The CIA organized many assassination attempts to Fidel Castro, we know this information know because some of that documents were declassified.

The landing happened on April 17, Monday, in Playa Giron and Playa Larga, they were more than 1200 members of the 2056 Brigade. At the beginning, they didn´t find any opposition. But then the Cuban government started an air attack, and they knock down seven planes and hit the boats that were transporting the weapons.

The invaders were taken by surprised. Then the Cuban troops arrived at the zone, and also the locals’ militias. The battle took almost three days, at the end on April 19, the invaders were besieged by the Cuban´s troops, and then they surrendered.

Things to do in Playa Giron

There are different tourist attractions in this area.

This will show you a great inside of the Bay of Pig Invasion. You will see the information about this historical battle from the Cubans point of view. It will take you around an hour to see the whole museum, a little more if read all the information in detail.

The Giron museum is not a big one, but a very interesting one. It has 2 rooms. You will see artifacts from that time, weapons and more.

The information in the museum is in Spanish, but you can pay for a guide who translate to you all the information. You will get in touch with the human side of this battle, you will see a representation of those who lost their lives defending the island. 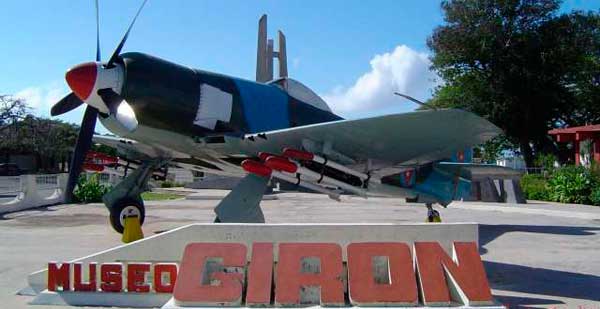 As we said this is a good place to see the ocean, there are dives centers. Where you can find instructors and equipment. There you will take a boat and past the reef and dive there. This trip coast around 35 CUC. Snorkelling is a great opportunity to see lots of beautiful fish.

If your intentions are to spend the day and relaxing at the beach we recommend you to arrive early. So you can take a chair under the trees, and enjoy a good shade. To get there you can take a bus on Playa Giron, it cost around 3 CUC the round trip.

People usually compare this beach to Caleta Buena, some say this is better, other say Caleta is the best one. Our recommendation is that you should see both of them to get a personal opinion on this matters. This beach is located 10 kilometers north from Playa Giron.

Here you will also find good food and good drinks... But the major attraction is the water, the view can be described as amazing. You can practice scuba diving there if you want, but practicing snorkeling can be a great way to appreciate the marine life, the reefs, and the coral.

You can rent the equipment to practice snorkeling, and go to the sea to appreciate the beauties of nature. It is an ideal place to relax and enjoy the Caribbean.

This is another place to dive, but not in the sea. It is a cenote of 70 meters deep. In the inland, it is halfway between Playa Larga and Playa Giron. There you will see some tropical fish. It´s not like diving in the sea. You can rent the equipment to dive into the dark part of the cave. They cost around 3 CUC.

According to Lonely Planet, this is another of the main attractions in Playa Giron. It is open between 11:30 am and 10:30 pm. It is a bar located near the beach. The perfect place to enjoy some drinks, and the Cuban specialty Mojito.

It is very fun to spend some time there. Also, you could eat some local food. And play billiard or dance. Whatever you feel like.

As you can see Playa Giron is not just the place where the Americans landed in the Bay of Pigs invasion. Today is much more than that, it is a great spot for diving and snorkeling, but also to have some real traditional beach fun. There you could spend the day under a tree, relaxing enjoying the beauty of the Caribbean waters, and the impressive color of the water.

Now that you know Playa Giron as a historical and tourist location in Cuba. You can contact us to book accommodation in casas particulares in this area. You do not want to miss the opportunity to know the history of first hand and to see the beautiful landscapes there.

What to do in Playa Larga Cuba?
Matanzas: Treasures of the second largest province in Cuba

10 things you can do in Varadero 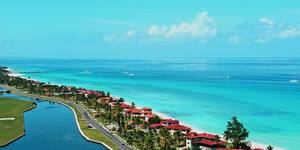 Matanzas: Treasures of the second largest province in Cuba 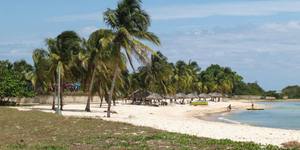 What to do in Playa Larga Cuba?