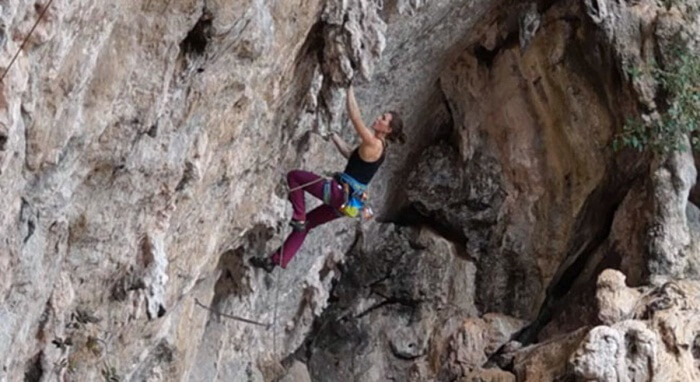 A tropical paradise and a must-see for extreme sports lovers, that’s the Viñales Valley. Start planning a climbing trip to Cuba with the information www.bandbcuba.com brings to you in this post. We’ll show everything you need to know, from how to book a bed and breakfast in Cuba to the most popular routes.

Climbing in Cuba: An attractive but banned sport in the island

Even when climbing has proved to be a magnet for tourists from around the world, apparently there’s no interest in the government to support this activity. Climbers from all over the world have declared the west of Cuba a paradise. But the rules that control this sport has limited its developed for several years.

Viñales Valley is one of the National Parks in Cuba that travelers must visit on their trip to Cuba. Located at the west of the island, its best kwon for being the best land to grow tobacco all over the world. It also offers a large number of activities for travelers that include bird watching; biking and horseback riding tours.

Caves and Mogotes, along with tobacco fields are the main attraction in the valley. Mogotes are a vertical formation with rounded tops and a system of caves which have become the basis of tourism to this area.

With amazing views and an interesting variety of flora and fauna, the place is described as a paradise. It is not just for regular travelers, but for extreme sports lovers too, who in late 1990s discovered the potential of the valley for rock climbing.

Since then the popularity of the valley has growth and become one of the best climbing destinations of the world. Huge walls, covered with stalactites, pockets and tufas still claim the attention of climbers.

Until 2003 climbing in Cuba had no restrictions. Travelers had hundreds of routes to choose from, but it changed when the government prohibited this activity for being “dangerous”. Somehow the rules were more severed to Cubans than for visitors.

Why climbing is illegal?

When climbing became popular, Cuban authorities surprised with a ban on this activity, alleging its high danger. However, the ban was not applied to tourists.

This means that climbing is not considered a sport in Cuba. There’s not an official federation or any kind of legal organization. The government focuses its efforts on Olympic sports only.

So, ¿can I go climbing in Cuba?

The answer is yes, you can still go to practice this sport in Cuba. There are not even any restrictions to bring your climbing gear to the Caribbean island. Of course, there are some considerations to take if you want to take this trip.

There are no intentions of challenging the rules of the country. From several years now, the government has been analyzing whether it would authorize climbing. Despite the restriction, the government has promoted climbing in official media and there are photos of the activity in the park.

Get in contact with the people who promote this activity to learn everything you need to know before going climbing in Cuba. cubaclimbing.com is one of the sites with more information about this activity. With them you can clarify all your doubts to make the trip a unique experience.

To go climbing you’ll need a guide, they work under the trekking guide license. They’ll take you to the routes authorized by tourism officers. Most trails remains banned.

Planning a climbing trip to Cuba

Despite these restrictions, there is still the possibility of climbing in Cuba. Each year climbers from different countries meet to enjoy this activity on the Caribbean island. Even competitions take place in Viñales with the participation of Cubans and foreigners.

The passion for this activity has expanded to other places on the island such as Sancti Spiritus, Santiago de Cuba and Jibacoa. But the valley remains the main center for the development of climbing in Cuba.

Here, we provided some tips for you to successfully plan a trip to Cuba.

Even though there are no organized climbing groups recognized in Cuba, lovers and promoters of this sport get together in the Club de Escalada Viñales (Viñales’ climbing club). Also, there are some guides that have become a reference in this activity.

Among the names you’ll hear about are Yarobys Garcia Martínez and Jorge “Tito” Pimente. You can contact them online.

The best time to go climbing in Cuba

Cuba is a tropical island with high temperatures most part of the year. If you are planning to go there to climb, the best time is between November and March. During these months the temperature is around 20 degrees and there is no so much rain. Climbing is available all year, though. But we recommend go those months.

If you do so, and plan to stay at the valley for Christmas and New Year’s Eve, remember to book an accommodation in Viñales with anticipation.

The rainy season is from May to October. Temperatures might be higher those months and mosquitoes can be a problem. Take a good repellent if you decided to go this time of the year.

Climbing in Viñales: what to expect?

Climbing at Viñales offers a nice variety of routes for sport climbing. Most of them are rated on levels 6, 7 and 8 of difficulty. There are just a few 4's and 5's.

The valley has high quality limestone rocks to climb. There are around 250 routes that you can visit today, but there’s potential for many more. But in spite of the potential that exists in the island for the practice of this sport, the lack of resources and support limits to the promoters.

There is a Cuba climbing guidebook that you can buy online. There you´ll find information about the history of climbing and descriptions of some of the routes. 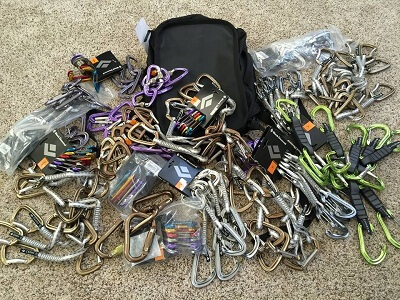 If you visit any sport store in Cuba, you won’t find any climbing gear. The government controls imports and because it does not recognize climbing as a sport, it is not possible to find what is necessary on the island.

Cuban climbers have the necessary thanks to traveler’s gifts and donations. Take this in mind when planning your trip. You will have to bring anything you’ll need from home. Bring some t-shirts, shorts and your climbing shoes. With a 60 or 70 meters rope, you’ll be fine. You won’t need more than that. Also take sun screen, insect repellent.

In the previous point we mentioned the donations travelers do to Cuban climbers. If it were not for these contributions, this sport would probably stop practicing on the island. Cubans do not have access to any of the indispensable tools or equipment to practice climbing.

They will be very grateful if you pack clothes to climb and extra equipment. Some sponsoring companies also make donations, but they need someone to take them to the island. You can also offer to collaborate in this way.

While waiting a government decision about this sport, donating climbing gear to Cubans it’s the only way the sport can survived.

In return you will get a wonderful experience and the gratitude of people who are willing to help you throughout your trip. The tourist potential of Viñales is enormous, but without climbing, it would be missing one of the biggest attractions of the valley.

Talk to the guides to find the best climbing routes in Cuba. Some of the popular are Mucho Pompito. About this one, the UK climber, Mikey Robertson, said it was the best 5.10 in the world”.

Malanga Hasta la Muerte is a 5.12 and one of the most climbing, both locals and visitors. Mr. Mogote is also one stop you’ll want to know. It was named like that in honor to Craig Luebben, a north American climber who fell in love with Cuba and supported Cuban climbers with a donation program.

Some other interesting routes are Cuba Libre, El Repaso, Oculta Obsesión, and many more.

Where to stay in Viñales?

A casa particular is the best place to stay in Viñales when you are going climbing. Probably you’ll want to stay a few days, and owners will make sure to provide a good attention. You could even have your clothes clean after every climb!

If you are looking for an accommodation contact us, and we’ll helpyou to find the best for you.

Did you already star planning a climbing trip to Cuba? What are you waiting for?

Discover Cuba: Biking tours around Viñales
5 cities you must visit in Cuba 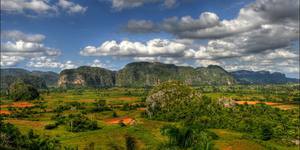 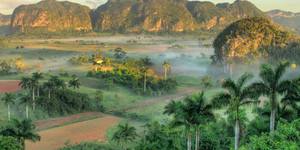 Places you can’t miss on a trip to Viñales 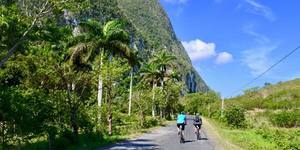