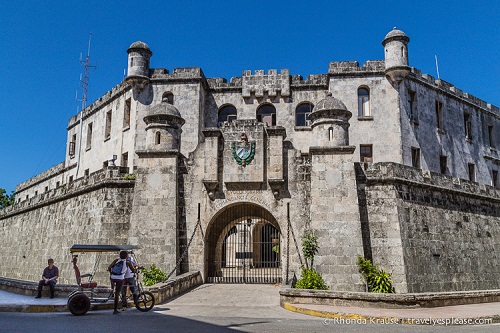 From Bed and Breakfast in Cuba we invite you to enlist these colonial sites you can’t miss in Cuba. The Caribbean island, known for its paradisiacal beaches, the music and cigars also homes an interesting historical heritage. Take a rest from the sea and parties and join us to find out what’s behind the walls of the oldest Cubans buildings.

A country reach in history

Nothing defines better a population than its history, and Cuba has a lot of it. Just walking on the streets of any city is enough to feel a different atmosphere, to breathe an antique air. If Cuba was a person, it would have a lot to say about the whole continent. It does, anyway...

At the island we find some of the oldest cities in America, founded by Spanish conquistadors. They left behind towns with cobblestone streets, fortress, colonial squares and hundreds of churches. The entire country reminds the beginning of a new time at the Americas.

It begins with the arrival of Christopher Columbus on his very first trip to the continent. He entered Cuba by the town of Baracoa and it became the first colonial settlement. Later was named the first capital city of the country. From this eastern city, all the way to the west of the island you will find the mark of the Spaniards.

Take a look at the past and enjoy the island in a different way. We’ll tell you the best colonial sites that you can’t miss in Cuba, so you can start planning your next trip.

Colonial sites that you can’t miss in Cuba

Are you ready to plan a colonial tour in Cuba? Take note of these places we recommend to include in your “must go” list.

It is hard to named just one place in Havana. This city was founded in 1519 and today is a Unesco World Heritage site. The oldest site of the city keeps alive the colonial architecture. “mix of Baroque and neoclassical monuments”, describes Unesco.

The original city walls stills bound the historic city center. The view is dominated by the squares, monuments, churches and old defensive installations. Once it was also the main port in the Caribbean.

These are some of the places you must visit in Old Havana:

Old Havana is marked by five large plazas, each one built in its own architectural style. These are Plaza de Armas, Plaza Vieja, Plaza de San Francisco, Plaza del Cristo y Plaza de la Catedral. At the last one is placed another jewel of colonial times, the Catedral of San Cristóbal. This is one of the oldest in the continent.

Around the plazas you will find other interesting building such as Antiguo Convento de San Francisco de Asís, and Palacio de los Capitanes Generales among some others.

The oldest colonial fortress in the continent. It construction began in January 1558 and it was finish 19 years later. It is located in front of Plaza de Armas. At the top of the main tower is “La Giraldilla”, the oldest bronze sculpture in Cuba.

At this park you’ll find two of the most famous fortress in Havana. The Castillo El Morro was built in the 16th century to guard the island from pirate’s attacks. Today encompasses several museums and it offer an impressive view of the city and the sea.

In the other hand is the Fortaleza de San Carlos de La Cabaña. This one was built in the 1770s and you can also take a tour on the ground. But the most popular time to go is at 9:00 pm to watch the Ceremonia del Cañonazo performed by actors dressed as 19th century’s soldiers.

What today houses the Museo de la Ciudad was once seat of the 65 captains generals sent by Spain to lead the government in Cuba. Later, it became the presidential palace until 1920. In 1967 the museum was created.

Among the most popular rooms are the Salón del Trono and Salón Blanco. Both of them shows high value historic pieces.

Most of the important figures of Havana rest at the Columbus Cementery. The structure itself is a work worth admiring. The death rest above the ground at some stunning mausoleums. Decorated family chapels, sculptures and ornate gravestones attract tourist to this place. 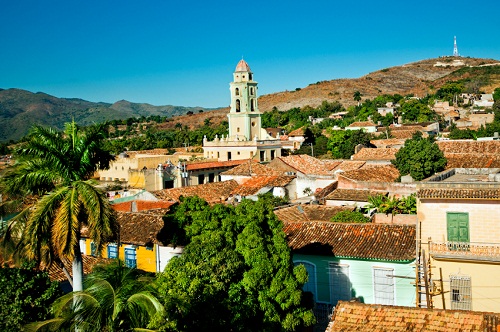 Santiago de Cuba is the second largest city and it has some interesting places to show you.

It was built to protect the port of Santiago in the 17th century. The huge complex is located into a rocky promontory based on the Italian and Renaissance style. It also served as a prison. This castle is also in the list of Unesco World Heritage sites.

Also known as Casa Velasquez, this museum is the oldest house standing in Cuba. It dates from 1522 and was the residence of Diego Velasquez, the first governor of the island.

Some impressive decorations and furnishing are inside this museum that shows how the society used to live by that time in Cuba. The architecture shows Spanish and Turkish influences.

The entire city of Trinidad is an historical attraction, also listed as a Unesco World Heritage site. It’s located at the province of Sancti Spíritus and most of the buildings dates from the colonial period. The city was founded I the early 16th century.

The Plaza Mayor is the center of the city and there you can find the Iglesia de la Santísima Trinidad. From there you can also reach the Convento de San Francisco. Some other historic places to visit are Palacio Brunet and Palacio Cantero. This one houses the municipal history museum.

This city was founded in the later colonial time, in 1819. The French were the first to settle in Cienfuegos and it became a commercial port. The economy was supported by the trade of sugar cane, tobacco and coffee.

Camagüey was one of the first cities founded in Cuba. The organization of the city was influenced by medieval European constructions with irregular blocks and serpentine streets. There are buildings of different architectural styles. But the main attractions are the churches, there are many of them around the city.

This colonial town has a great value to the country and is one of the favorites for the tourists. If you are interested in knowing more about the city and the options of accommodation you can contact us

This is the oldest city in Cuba, located in the province of Guantanamo. Some interesting historical places are located at this city.

At the Catedral Nuestra Señora de La Asunción you’ll see the Cruz de Parra. This is one of the 29 crosses that Columbus brought to America on he’s first trip. Three Spanish fortresses are located in Baracoa, but today their mission is not to guard the city anymore, them have become a museum, hotel and a restaurant. These are Fuerte la Punta, Castillo de Seboruco y Fuerte Matachín.

Fortress to visit at the island

There are several defense buildings all around Cuba, we’ve named a few already. But there are more you can go and visit. Here is a list with some of the tourist favorites.

If your plan includes to know the life at the Caribbean island before the colony, there are also some interesting places to visit.

One of them is Chorro de Maíta, located at Guardalavaca. This is the biggest Indian ancient cemetery in Cuba and today is a museum where tourists can see the skeletons found in the excavation.

There is also a recreation of a Taíno Indian village that gives clues of the live in the island before the Spanish arrived.

The Museo de Arqueología Guamuhaya is another place to know this part of the Cuban history. Is based in a home at Trinidad, and displays pre-Columbian pieces.

These are just some of the interesting historical sites in Cuba. The island has much more to offer is we know for sure you’ll enjoy a trip around all these places.

What do you think about this Colonial sites that you can’t miss in Cuba? Are you already thinking about visiting one of them? Before starting your trip, remember to take a look at these tips to travel to Cuba.

The Parrandas Festival of Remedios: Christmas Eve in Cuba 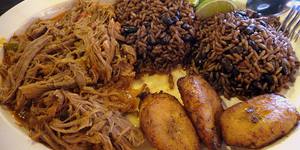